You are here: Home / Friendly Fire

In 1998 huge wild fires burnt the forest of Central Catalonia. Lives were lost and arable fields ruined and not least the forest was decimated. On a positive note some new habitats appeared to replace the once continuous pine forest. Areas with scarce vegetation were occupied by new birds never seen before in this area. Birds like the Rufous-tailed Rock Thrush, Dartford Warbler, Subalpine Warbler and Black-eared Wheatear, for example. Birds already here benefited too as new open areas are suitable hunting zones for Short-toed and Golden Eagles.

Now, some decades after the fires, the vegetation shows is changing: more oaks are growing and there is a nice alternation of massive rocks with low bush areas and young trees such as oaks and juniper. Now some  of the birds that colonised after the fire are losing their habitat, because the vegetation is becoming too dense for them. 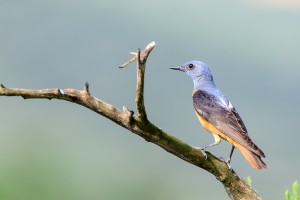 Photo Logistics has been working in this area for the last four years to help keep these new colonists that came after the fire.  To do this we have collaborated with the local farmer and the specialized firefighters GRAF (the Catalan acronym for Forest Action Support Group) witch use to look for new areas for training in controlled fire conditions. We asked for a  permit from the Wildlife Service of the Generalitat de Catalunya (Catalan Government) and then, with everybody involved in a win-win action we went ahead and burnt 2 hectares to restore a small area to how it was after the big fire.

The results could not have been better; we have got an area of sparse vegetation and some bare ground for all those birds that came after the fires, the farmers cows can graze in this area and they will keep it open and we all can enjoy some colourful gorgeous birds.

You can find out more about which cookies we are using or switch them off in settings.

This website uses cookies so that we can provide you with the best user experience possible. Cookie information is stored in your browser and performs functions such as recognising you when you return to our website and helping our team to understand which sections of the website you find most interesting and useful.

Strictly Necessary Cookie should be enabled at all times so that we can save your preferences for cookie settings.

If you disable this cookie, we will not be able to save your preferences. This means that every time you visit this website you will need to enable or disable cookies again.

This website uses Google Analytics to collect anonymous information such as the number of visitors to the site, and the most popular pages.

Please enable Strictly Necessary Cookies first so that we can save your preferences!